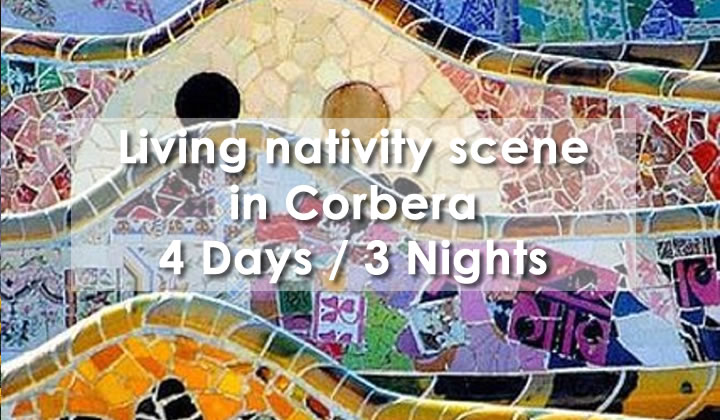 The town of Corbera de Llobregat is the setting for the oldest living nativity scene in Catalonia one more year. The visitor walks around a circuit where different live and moving scenes are depicted, and where the figures are dressed according to Catalonian and Hebrew tradition. Music, Christmas carols, narrations and lighting accompany the depiction in a natural landscape that captivates the visitor.

Departure from your region to Tarragona. Accommodation in a 3***/4**** hotel for 4 nights in Salou (10km from Tarragona). Dinner at the hotel.

Breakfast at the hotel and a day dedicated to the discovery of Barcelona. In the morning, a panoramic tour of the city by coach (with guide). You will admire the emblematic streets of the Catalan capital. Lunch in a restaurant in the center of Barcelona.

In the afternoon, guided walking tour of the Gothic Quarter to discover its narrow streets. Free time in the Santa Llúcia’s Christmas Market. Return to the hotel for dinner

Breakfast at the hotel and DEPARTURE TO Tarragona for a guided tour of the city. Its archaeological heritage has been classified as a UNESCO World Heritage Site. Lunch at the hotel.

In the afternoon, guided discovery of the Living Nativity Scenes of Corbera, a Catalan tradition that is enriched year after year. Return to the hotel for Dinner.

Departure from the hotel after breakfast back to the region. On the way guided tour of Montserrat Monastery. It is located 60km from Barcelona, in a natural park made up of a group of rocks of very diverse shapes, shaped by wind and rain. Since its origins, it has welcomed pilgrims and travelers from all over the world. Lunch in the restaurant in Montserrat.

In the afternoon, return to your región. 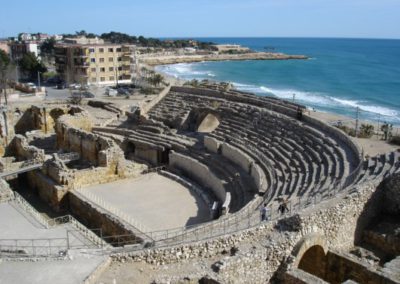 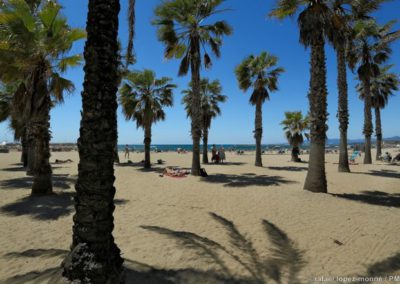 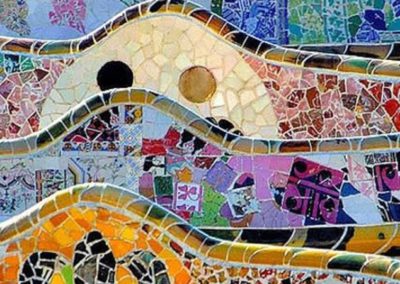 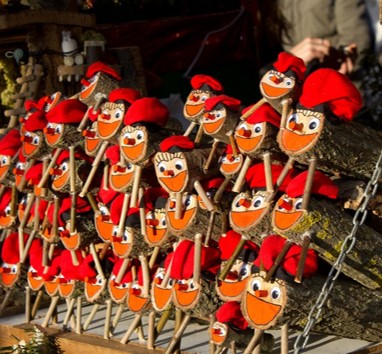